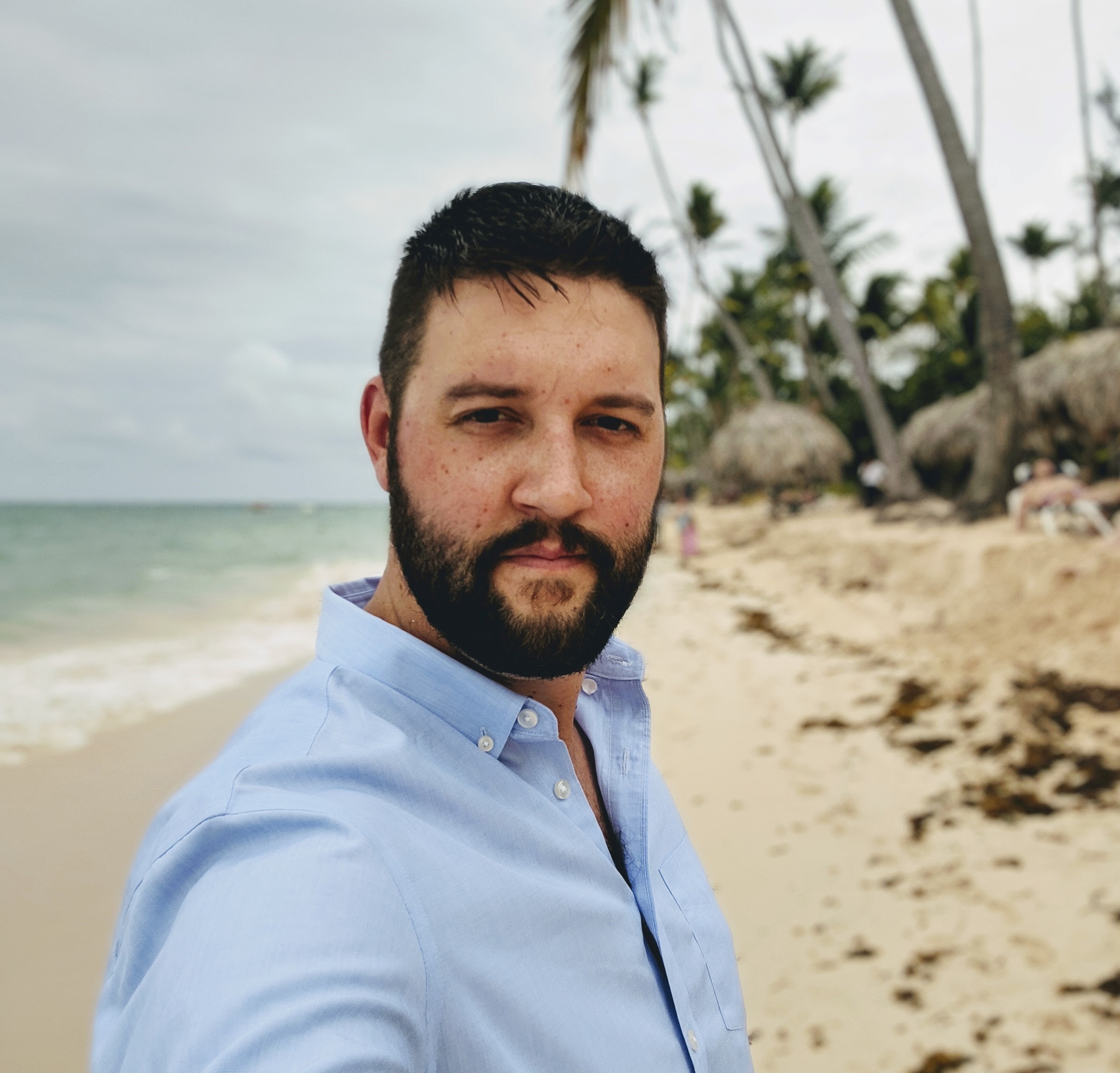 It’s a fact of life: people trust faces. People even trust animals or objects that they perceive to have human-like qualities. It’s one of the many reasons we grow so attached to our pets and plants, and it’s also why mascots can attract loyal customers to their companies.

Creating a mascot can be a great investment for your company because mascots can convey the characteristics of your company or product for marketing purposes. Customers can quickly recognize and connect with a company mascot, which helps bring credibility to your company. They play an important role in establishing continuity and trustworthiness to those who use them.

There are many different design options for mascots, so you have to be sure to pick a mascot that will successfully represent your brand. There are several main choices for mascot design; the first step is to determine if your mascot will be a human character, animal character, or object as a character. Finally, you must determine what design style will be most effective for your brand’s mascot: raster, vector, or 3D.

If it sounds a little daunting, don’t fret. In this blog post, we take a thorough look at each of these stylistic choices and dive into case studies about popular examples of each. Let’s get started!

Have you read the previous three blog posts in our mascot series? If you haven’t, you can check out the first post in this series here.

Human characters are ranked as the most popular mascot, representing 21% of all mascots. They are ideal for freelancers, public speakers, or any instance where the goal is to promote yourself.

Colonel Sanders and Captain Morgan are examples of real person mascots. Colonel Sanders became the mascot for KFC years after he died, and was also incorporated into the logo. His smiling face, goatee, and apron convey friendliness and cooking experience. Captain Morgan is the only real person mascot for rum. This makes him a highly recognizable and memorable alcoholic beverage.

Superheroes are a powerful mascot because they can highlight a compelling feature of your product or brand. A superhero’s power should be used carefully, though, as to not desensitize customers the value of your company. Captain Aquafresh represents the super cleaning power of Aquafresh toothpaste by fighting cavities. Mr. Clean is a recognizable mascot that has remained very similar to his original depiction in 1958, keeping the brand as a top seller.

Objects with a Human Body

Objects with human bodies are fun and eye-catching. They work best when your product has a distinct shape. One of the most popular examples is the M&M Spokescandies, which set them apart from other similarly-shaped candies on the market. Additionally, the Michelin Man is made out of the same shape as tires, yet mimics the human form. Oh, and ever wondered why he is made from white tyres and not the more traditional black ones? When he was created in 1912, tires were still colored white!

People have been giving animals human-like traits for as long as history remembers. We like to create personalities for animals and classify them. It can be a powerful tool in branding and creating a mascot, so animal mascots are best saved for services or products that can easily be associated with an animal.

One way you can use an animal mascot is by promoting company values with animal traits. Jaguar likes their car brand to be associated with beauty, speed, and power. They even named their company after the elegant cat that represents all of those things. Tony the Tiger is another iconic animal mascot that appeals to kids because he’s friendly, but big and strong. Additionally, rabbits are often associated with speed and agility, so the Duracell’s pink bunny directly correlates with the battery’s abilities.

Animal Mascot with a Direct Relationship to the Product

Animals who represent the products are the easiest mascots to create because they are a friendly visual of the actual product. The Laughing Cow mascot represents the cow milk used to make cheese products. The Laughing Cow is a happy character that entices customers to purchase their products. Additionally, Felix the Cat is the cute and friendly mascot for a brand of cat food.

A Mascot with No Obvious Relationship to the Brand, Product, or Service

Take caution when picking a mascot with no direct relationship to the company, because they can be difficult to develop and promote. However, mascots without a direct relationship to the brand can be very successful and memorable. For instance, Aleksandr Orlov was created for a ‘compare the market’ website because “market” and “meerkat” sound similar. He gained popularity because they created a whole universe for him including a personality, friends, and a job. Likewise, Geico Gecko was born because people had a hard time pronouncing Geico, and the company ran with it. The Geico Gecko promotes the brand with humor and dependability.

Objects are best used as mascots when your product or service is easy to visualize or there is a specific object that can be associated with your service.

Objects as a Building Material

A building material mascot example is the Michelin Man, whose body is made out of tires that represent the materials the company uses. Of course, human traits don’t usually come with an object as simple (and lifeless) as car tires, yet the brand makes it work effectively.

Creating characters out of objects brings an opportunity for creativity, and you can make a memorable mascot that will be completely unique for your brand. Examples of this include the aforementioned M&M Spokescandies and the Pillsbury Doughboy. The Pillsbury Doughboy is a human-like character, made entirely out of Pillsbury dough. The M&M Spokescandies are funny with fully developed personalities, giving them features of humans and the candy.

While mascots are usually forms of the product, they can also be significant to the company. The Luxo Jr. Lamp for Pixar is not directly related to movies, but it is symbolic of the company. One of the first projects Pixar created was a short movie called Luxo Jr. It won an Academy Award, and so the company chose this milestone as their mascot.

While the type of mascot plays a large role in your mascot’s appearance, so too does the style of design. In other words, will your mascot be a 2D character (such as a raster or vector character), or 3D character?

Not sure about the differences between each or which design style would better suit your brand? Don’t worry, we’ll delve into each below!

As the name suggests, two-dimensional characters are flat and therefore, cannot be rotated. Although they can have shadows and textures that make them look like they are three-dimensional, it’s important to note that another drawing of the character will need to be created if you require another pose.

Prominent examples of 2D mascots include:

Raster images are made up of a grid of pixels (or tiny squares). Each of these pixels contains a specific color, which when viewed in total, create the image of your mascot.

Alternatively, vector images are based on mathematically defined simple geometric shapes – not pixels. The advantage here is that they are infinitely scalable. In other words, if you require a larger-sized mascot image for any of your marketing, you can easily achieve this with clean, smooth lines – no matter how big the image becomes!

Vector images can also easily be moved and manipulated, so if you want to switch-out an aspect of your mascot (such as a color, accessory, shape, or any other design element), it can be achieved by a designer very easily. Additionally, you can create different poses faster and easier than redrawing entire raster images and can even use your vector character as a model for animated videos.

Unlike 2D mascot designs, three-dimensional characters can be rotated and animated. Because of this additional level of detail, they can often take at least twice as long to design than a 2D mascot, however the wait is worth it. You see, you can also use a 3D mascot design for videos and TV commercials, giving them an important and additional function.

Examples of 3D mascots include:

Fictional mascots can be the ambassador for your brand, never aging, and always being a trustworthy, reliable face for your company. They will help provide continuity for print, web design, social media posts, and marketing content, therefore it’s important to get their design just-right.

Take a moment to consider what you’re selling and what message you’d like to convey. Contact our graphic design team, and we can help you create the mascot to best represent your brand.

Attractiveness Bias – What it Means for Your Business

How to Get the Most Out of Your Company Mascot

Mood boards: Why Designers Love them & How They Can Benefit Your End Designs

Should You Use Photos or Illustrations For Your Employee Photos?

How to Monetize Your Blog

Does Your Company Need a Mascot?

How to Design Emails that Provoke Action

Top 4 YoutTube Channels: How They Use Graphic Design to Show Their Unique Personalities

How to Create a Successful Logo for a Small Business

7 Common Graphic Design Mistakes and How to Avoid Them

How To Come Up With Great Ideas for Graphic Design

How to Create a Successful Logo for a Small Business

How to Hire the Best Graphic Designer

Digital Marketing
How to Market Your Product With Graphic Design

Mood boards: Why Designers Love them & How They Can Benefit Your End Designs

How to Design Presentations that Get You More Clients

How to Design Emails that Provoke Action

Profile photo illustration styles - which one is right for you?

Should You Use Photos or Illustrations For Your Employee Photos?

Use Illustrated Profile Photos To Kick Up Your Branding

How To Create a Memorable Company Mascot

How to Get the Most Out of Your Company Mascot

Does Your Company Need a Mascot?

How to Leverage Content Syndication to Supercharge Your Blog’s Growth?

Stay Focused On Your Work With a Zero Based Schedule

Minimum Viability – An Antidote For Perfectionism

The Difference Between a Freelancer and Design Agency Explained

How to Monetize Your Blog

How to Audit Your Brand Voice

How To Use Infographics to Generate More Leads

Attractiveness Bias – What it Means for Your Business

Top 4 YoutTube Channels: How They Use Graphic Design to Show Their Unique Personalities

Why Do Logos Cost So Much?

Ready to get started?

Thank you! Your submission has been received!
Oops! Something went wrong while submitting the form.